If you ask someone who wants to be a leader why they want position, there will always be those who will want leadership because of the perks that come along with it. The pay grade, the office, the power, the exposure. 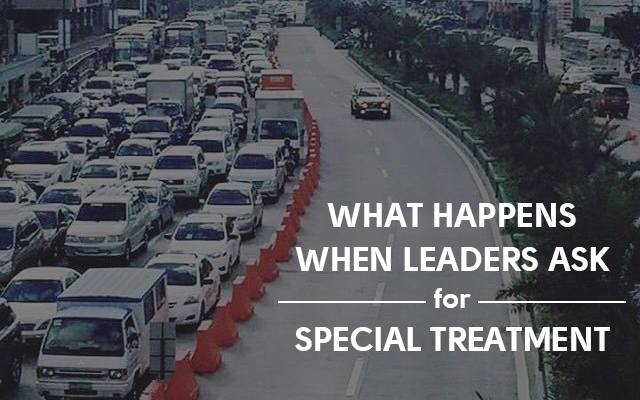 When I was younger, there was only one thing that I never wanted to become- a manager. Why? Because my dad was a manager, and I didn’t like what he had to do. More specifically, my dad was a at one point a manager of an arcade. That could be a cool job huh?

Hanging out and playing all sorts of video games all day, riding whatever you want and eating all the popcorn you can. I wanted the perks that came along with my dad’s position. That’s what you would expect as perks of being a son of an arcade manager. That’s what most kids do.

Sadly, I never got those perks or any other special treatment, and neither did my dad. What did he do? Take care of his staff. Boring. In fact, when my dad went on and became a pastor, that trend continued. My family took no part in enjoying a whole lot of perks. I would watch my dad mop floors, come to the office the earliest and leave the latest, pay for dinner when meeting with his small group.

And moreover, everyone in the family was expected to exemplify the same attitude of shunning special treatment. I was probably the only pastor’s kid who had to help paint walls when we did the building project.

I was convinced to be part of the discipleship track, pay for registration fees to events. I was expected to fall in line when everyone else lined up. No fast lanes. When there was a church affair with free food, we were the last to eat or sometimes even ate somewhere else with my own allowance.

Looking back, however, I am thankful for that exemplification of close to special treatment deprived leadership.

This week, we watched a whole Metro retro-fitted to give special treatment to a whole lot of leaders. Some of them were culturally acceptable, some a little overboard (but I leave that up to others to talk about). One thing about leaders who take as many of the perks they can is they are hard to follow. Why? Because they are all the way up there, and they are out of reach.

Leadership should have it’s rewards, but never at the expense of detaching us from the people that we lead. The moment a perk starts degrading the level of relationship you have with others, it’s time to drop it. Who need’s a ‘pastors only’ table in a dinner when you could be sitting with your ushers? Who needs an excluded office when you can be sharing it with your administrative staff? Who needs a title when all it does is scare people away?

The Bible reminds us of Jesus’ example in Matthew 28:20– “Just as the Son of Man did not come to be served, but to serve, and to give his life as a ransom for many.”

By all means, leaders deserve respect, comfort, honor, special treatment and some perks every so often. However, a real leader will probably never want any of it.