This Mother’s Day, I would like to share an excerpt from my mama’s old blog in hopes that it would encourage mothers all over. Most of you that know us well will know that we lost my mom, Biko Mabilog, to cancer back in 2008. But it’s amazing how her legacy rings through time even when she is no longer physically with us.

Here’s one of her old blog entries on musings after I went off to college back in 2007.

There are two lasting bequests we can give our children. One is roots, the other is wings.
Jonas Salk

Yesterday, my son went off to college. Armed with his bags, his papers and my heart, he eagerly settled into the dormitory building that would be his new home. It is almost laughable because his university is only two hours away from where we live, but for me, it seems like a continent away. I know that he will be coming home most weekends, and yet, somehow, this new chapter in his life seems to be the beginning of his eventual flying away from the nest.

When I was younger, I thought that parenting was all about nurturing, caring, building up. I thought that my primary duty was to shield my children from all emotional and physical discomforts. No one told me that it would actually be a lifetime process of having to let go. I still remember the anxiety when, the first time I held him in the hospital nursery, the nurse came in to tell me that it was time to return him to his crib. 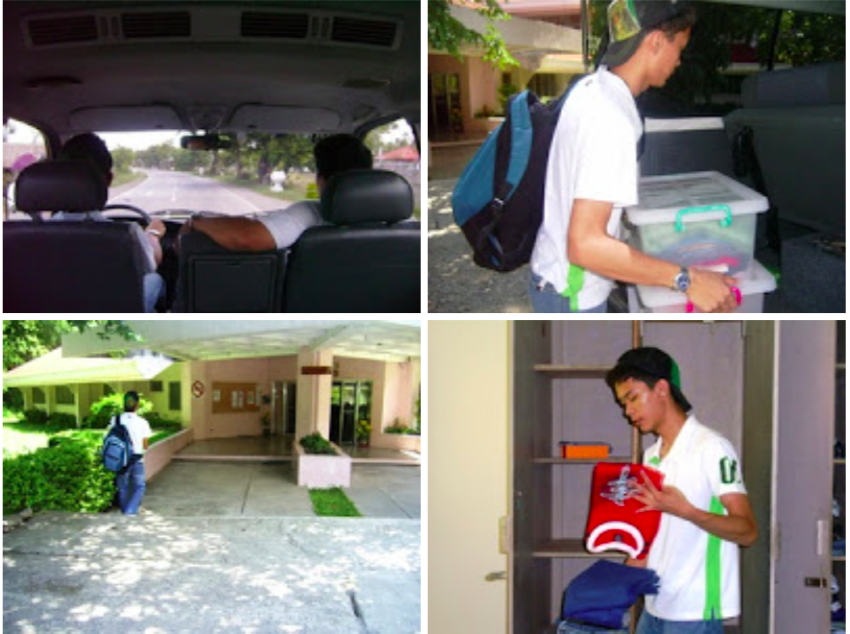 From letting him go then, to watching him take those first steps knowing that he is likely to fall, to now sending him off to college, I have learned that parenting, after all, means letting my kids learn how to maneuver through life on their own.

There were days when his trials and heartaches seemed too big for his little shoulders, but I knew that I had to stand aside so that he will learn. I remember one night a few months ago, when we found out about my Cancer, from my room I listened to Kiko cry himself to sleep. I wanted to go to him and comfort him, to promise him what he wanted to hear, but I knew he needed this time alone with God. I knew that I had to simply let go and let him find himself, and God’s grace, in this adversity.

Today, he is again full of hopes and dreams, excited for the days ahead.

I would like to think that we taught him the best that we can. We gave him responsibilities at a young age. We complimented him when he did something right and disciplined him when he broke the rules.

Now, the time has come to trust that we have done what we can and taught him well enough to make it on his own. I am hoping that his roots were cultivated deeply enough to keep him grounded in God’s Word and His purpose. Also, his wings were strengthened enough by the values and lessons we taught him so that they can take him as far as his dreams will go.

Gone forever are the days when he would rush to me and hug me after an afternoon in preschool. I remember savouring the “doggy” smell he inevitably took home with him every day. In those days, I was the center of his universe. As the years went by, his world grew bigger and bigger and I knew my importance would become less and less of a need for him. It is a difficult thing to let go of the strings a little more, but it is something which I have to do.

Protecting him is no longer under my control. Forcing him to memorize his multiplication table and to eat his vegetables seem so trivial now. From now on he’ll be making all his own choices and I will continue to support him. But my dreams for him will have to take a back seat to the dreams he has for himself.

I will just have to trust that the world will be kind to him, and if not that he will be strong enough to fight for what should be his.